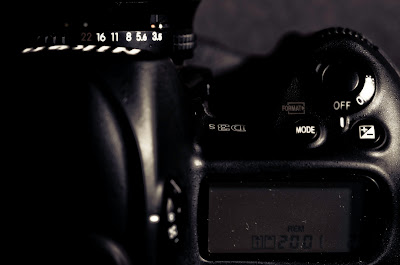 Posted by Kamarul Shahrin at 3:56 AM No comments:

On Religion and the Review of the Nikon D3s 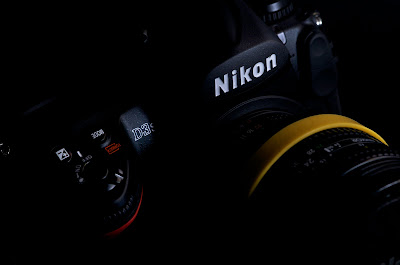 I went out to the bookstore at Bangsar Shopping Complex today, hoping that I could get a magazine or two that had done reviews of the new Nikon D3S. Instead I came across reviews of the Nikon D3000 and the D300S. I could offer the most likely guess that I was merely reflecting basic human nature by needing to read about something that I had just acquired in order to enhance or deepen my conviction that the D3S was a good professional camera to work with.
Speaking of this particular piece of human nature, I could recall vividly the other day, a day after the new year, on light discussions I have had with my old school friend, Travis on the debates that his senior school friends had brought out on the validity of religion. I am not particularly keen on discussing religion amongst friends but he insisted just to hear my casual opinion on the issues. I would deem it as casual as I was not able to quote the exact sources on the opinions. Perhaps, with more research and analysis, and documentation, I would be able to put forward my opinions. The issues are not that important to me, and so, I have forgotten them or rather chose to forget them for mentioning here. His old friends had relied on books written by learned people or people perceived to be learned in the ways of religion and they had gone at length and for so many days or perhaps months, to argue and agree with one another. Based on what I have heard from Travis, I could only provide my personal opinion that they were relying on books to strengthen their own views or opinions on what the tenets of religion should be. Travis had casually referred to me, and I had answered, after much casual debate on certain issues, touching ever so slightly, that it was our human nature to read on books or rely on information to strengthen our beliefs or opinions. As again I am using casualness here because I was not about to enter the fray where the believers, the disbelievers and the agnostic were in the same field. To enter the field, one would need to have some form of rules, like playing football for instance. Only then, the game could be played coherently. It would be hard to describe an orange in my hand to another person who is holding an apple. Even if we are on the same platform, perceptions vary and it is human nature to conclude from perceptions. Like a friend of mine had said, he would believe in God if he could see a ghost. When I offered to create the possibility of him seeing a ghost, he withdrew. In essence, then it was not about wanting to see a ghost to affirm the existence of God. He just did not want to, perhaps.
For my part, I had avoided reading books written by learned people or people perceived to be learned, because I am still learning the Book as provided by God. For I am fully aware that for hundreds of years debates had carried on, on issues perceived to be central to the strength of one’s faith. Each of us, would have been conditioned by our life experiences and people to come out with our opinions on what should be. To me, every person can write a book about a single thing, like the blind men with the elephant and each person would have learned in their fields, gone through universities, and demonstrated the most rational of minds, to provide or write a book about the elephant in his own interpretation. Even then, each of us may not be entirely right.
I on the other hand, perceived the issues brought out by Travis’s friends as not central to the foundation of faith. Sometimes, it is human nature to forget about the essence of light that issues from a light bulb while looking at other things which had been illuminated by the light bulb. Each of them is looking for the justifications to validate their own lifestyles. That is the bottom line to all the debates. My perception is that they are feeling guilty and they need some documentation to put their conscience to rest. Truly, we each want to read something to strengthen our beliefs or opinions. A lot of people think that God is imposing. Like a father to his child, of course, the father would want his child to do things that will not harm him. Like "Don’t cross the road!" or "Don’t drink alcohol, it is not good for you". Others perceive Him as revengeful and punishing. However, if He is all those, then the verses would have commenced with words of admonishment. Like a son to his father, of course, he should show the uttermost respect and accept the words of warning, perhaps nodding his head. But then again, there are people who elaborate on the words of God to make Him look punishing and revengeful and all. Like some people had said to me, some people need the stick to move on and others need the carrot to move on. It took me many years to shed that perception I had of Him as revengeful and punishing and now that I perceive Him as forgiving and loving, life indeed has improved quite a lot. A lot of people forget that God is not wanting. He has no need of our prayers and our conduct but that these are for our own good. 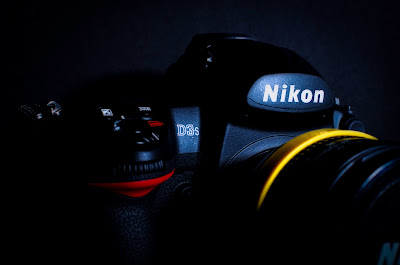 I noticed that the sound of the shot taken by the D3S is much different from other Nikons. There appeared to be no prolonged flapping sound to it, more of a crisp business-like matter-of-fact shot. I tried the continuous shooting as well, and there were no arguments there, just business-like matter-of-fact shots. Cool. There is a Q-setting at the top dial, to render silent shots but then, the shutter sound can still be heard. Putting in the Q-setting as in Quiet setting disabled the sound of the beeps from the focussing. Truthfully I still like the cricket sounds.
The colour rendition by the D3S is also exceptional. The colours appear to be more deeper compared to the Nikon D200 and D300. I have no more need to enhance my images through providing higher contrasts, as the colours are just sufficient. Even if I use the Standard mode. I can still tweak the Standard mode with more saturation and sharpness to get to the Vivid mode though. It would depend on how the photographer wants it. I for one, require that the images are colour deep and crystal sharp with a darker tinge. I am always looking for pensive and retrospective moods in my images. It is a subjective matter and like the D300, 200 and 100, it offers the same tweaking matters like hue, sharpness and saturation necessary for the photographer to customise to his own liking. I have tweaked sharpness and saturation but not quite hue. I still cannot fathom the idea of tweaking the hue. Books I bought on the D200 and D300 have been silent on the hue except for some single sentence mention. Like the books, I am also providing a single liner for the hue. Perhaps, the hue would be good for creative photography on the sly like reproducing colours of images in different renditions, taking them out of the box, so to say. I could still tweak the hues in Photoshop or Lightroom though.
Image representation is the most important for me and I see that this camera made it difficult for me to find issues with the images the D3S took. Except for one though and it has nothing to do with the camera. Very so often that I have tended to forget that it is the photographer who makes the shots and that the camera merely renders the shots. It is the same with the D3S. The sharpness of any shot is still dependent on the stability of the hands that are holding it when it comes to shooting with high ISOs under low light conditions. That is something that I have to remove from my belief that the camera can take any shot. It will still be dependent on my hands and the problem is, my hands always tend to shake a little, resulting in poor photographs with slightly blurred images. A tripod therefore, is still a fundamental component in any photography. But then, with the advantage of high ISOs, the D3S should be able to take pictures without needing the tripod. You just need to crank up the ISO. I have this habit of keeping to a fixed ISO of 200. I have to break that habit now to allow the D3S to realise its true potential.
On the physical aspect, it does look a slightly smaller than the D300 with an MB-D10 but certainly feels much heavier. The camera is easy enough to hold, with the vertical grip for the right hand and the horizontal grip for the left hand. One would need to hold the camera with both hands because this camera is heavy. The provision of the 2 compact flash slots is an added advantage as it will provide me with more picture capacity without needing to change the flash cards now and then.
.
I am not going to indulge in the HDMI video that the D3S has. I am still the fundamentalist, though and it will take some time for me to appreciate the need for the HDMI video. It would be good for the photojournalist for brief videos though. However, a slideshow of photographs interlaced with some of those images in motion, could just enhance and deepen the pleasure of watching the images.
The D3S can still accept DX lenses. Upon fixing the DX lens, the viewfinder will provide a smaller rectangle of clear image leaving a grey area around it. This grey area is the FX portion which will not be taken into the photo. With a smaller area to be taken, the pixel count should be lesser. In that sense it is still compatible, only that the picture area has reduced. I attached the Sigma wide angle zoom lens, 12mm and though it is a DX lens, true 12mm is provided. Maybe I am wrong on this, but I have used the lens extensively on the D300 and the wide angle provided is not as wide as with the D3S.
And so now my limited review ends here. It is strange that I have to include the topic on religion within it but then, as I was writing the review, the thought shared the same space in my mind and I have not other choice but to put to writing both topics.
Posted by Kamarul Shahrin at 9:39 AM 2 comments: